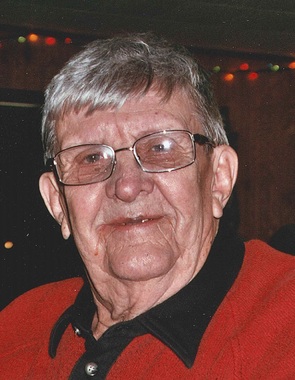 Back to Arthur's story

Dwight was a farmer, drove a school bus, and sold McCubbin seed beans and Super Crost seed corn. Dwight was also a real estate broker and sold lots of farms in Davis County over the years. He served on the Farm Bureau, Farm Service, and Davis County School Board. He was also an active member of the Pulaski Mennonite Church and volunteered for the Pulaski Corn Show. In his free time, Dwight enjoyed pheasant hunting with friends and spending time with his children and grandchildren.

Funeral services will be at 11:00 a.m. on Saturday, December 14, 2019 at the Pulaski Mennonite Church with Pastor Darrell Zook officiating. Burial will be at the Pulaski Cemetery. Visitation with family present to greet friends will be from 10:00 a.m. until the time of the service. A memorial has been established to the Pulaski Mennonite Church. Wagler Funeral Home in Bloomfield is in charge of arrangements and online condolences may be directed to www.waglerfuneralhome.com.
Published on December 9, 2019
To plant a tree in memory of Arthur Dwight Blasi, please visit Tribute Store.

Plant a tree in memory
of Arthur