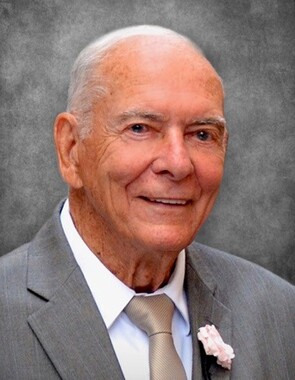 Back to (Darrell) Dwain's story

(Darrell) Dwain Dooley, age 89, of Fairfield, passed away Thursday, August 22, 2019.
Visitation for family & friends will be 5:00 p.m. - 7:00 p.m., Tuesday, August 27, 2019, at Behner Funeral Home.
Funeral service will be 10:30 a.m., Wednesday, August 28, 2019, at First United Methodist Church in Fairfield with Rev. Mike Metz officiating. Following a luncheon at the church, burial with Military Honors will be held at Mt. Moriah Cemetery near Douds, Iowa.
In-lieu of flowers, memorials may be made to Fairfield Education Foundation or First United Methodist Church. Cards and memorials may be mailed to Ann Gookin, 1107 Kodi Circle, Fairfield, IA 52556.
Dwain was born July 5, 1930, in Selma, IA, to Dean and Bessie (Kunzman) Dooley. He married Jane Whitmore August 11, 1956, at Barhydt Chapel in Fairfield.
Dwain grew up on the family farm near Douds, Iowa, and graduated from Douds High School in 1947. He attended Parsons College, but before receiving his bachelor's degree, he was called to serve in the U.S. Army during the Korean Conflict and was deployed to Germany. After honorable discharge from the Army in 1954, he and Jane married in 1956. In 1957, Dwain received his Bachelor of Science degree from Parsons. While teaching, he received a Masters degree in Education Administration from the University of Iowa in 1965. Dwain taught briefly in Douds, Central City, and Crawfordsville before beginning his education career in Fairfield. During his 43 years in education, he was a teacher and coach and served as a school administrator in the Fairfield Community School District. During his time as principal, he received the "AEA Principal of the Year" Award. Dwain was president of the Fairfield Education Association, and after retiring in 1995, was supervisor of student teachers for Buena Vista University. Dwain was a member of the Rotary Club, Wit and Wisdom, Abracadabra Club, American Legion, Fairfield Library Board, Civil Service Board, and was a board member and tour guide at Maasdam Barns.
Dwain loved educating, guiding and coaching young people. While assistant principal at Fairfield High School, he helped guide students through the difficulties of the tumultuous Vietnam years. He moved to the position of principal at Washington Elementary School in 1973. It was there he shared with his students his wonderful (and sometimes corny) sense of humor and served as the full-time quarterback during recess, throwing flawless underhand spiral passes into the hands of his delighted students. He was highly respected as a teacher, coach and administrator.
Dwain loved his family. He was married 63 wonderful years to Jane, who was also a teacher. He loved and supported his daughters Deanna, Ann, and Karen in everything they did and took special pride in being "Papa" to his nine grandchildren and two great-grandchildren. Dwain loved being outdoors on his family farm, fishing, camping, boating and hunting. He enjoyed sports and rooting for the Hawkeyes. He and Jane enjoyed traveling to places throughout the U.S. and the world.
Most importantly, Dwain had a life-long and deep Christian faith. He was a member of First United Methodist Church for 61 years. He believed in loving and serving others and daily demonstrated his faith by his actions. He was a role model and positive influence for countless people throughout his life.
Dwain will be missed by his wife of 63 years, Jane of Fairfield; 3 daughters, Deanna Harrison of Golden, CO, Ann (Myron) Gookin of Fairfield, and Karen (TJ) Rowe of Fredericksburg, VA; 9 grandchildren, Courtney (Chuck) Yarbrough, Ty (Morgan) Harrison, Travis Harrison, Amy Gookin, Alex (Rachel) Gookin, Michael Gookin, Jaclyn Rowe, Sarah (Daniel) Hallinan and Trey Rowe; two great grandchildren; and his sister, Janet (Kenneth) Gilchrist of Douds.
Dwain was preceded in death by his parents, Dean and Bessie Dooley.
On-line condolences may be made to the family at behnerfh.com.
Published on August 26, 2019
To plant a tree in memory of (Darrell) Dwain Dooley, please visit Tribute Store.

Plant a tree in memory
of (Darrell) Dwain

A place to share condolences and memories.
The guestbook expires on November 24, 2019. 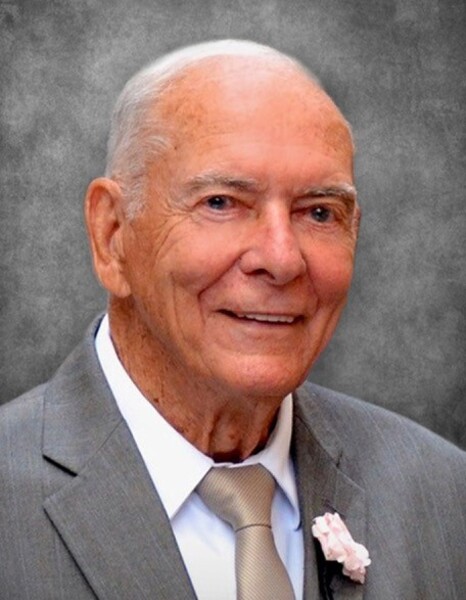