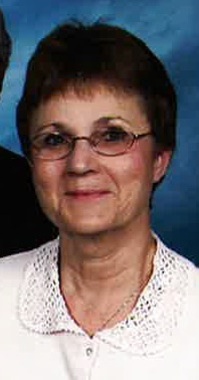 Back to Debbie's story

On Thursday, January 17 2019, Deborah "Debbie" Young (nee Haas) passed away peacefully at the Levine Dickson Hospice House in Huntersville, NC at the age of 70.
Debbie was born on June 29, 1948 in Toledo, Ohio to Betty Jane and Charles Haas. She studied music, specifically clarinet at Bowling Green University in Ohio. She fell in love with my father during college, who happened to be her clarinet professor. They were married in Wichita, Kansas in April of 1970 and raised two daughters in Ottumwa, Iowa.
Everyone loved Debbie. She was thoughtful, kind, fun, and brought a smile to your face. She was deeply loved by her friends, and she was such a good friend. Debbie had an amazing ability to retain a childlike excitement about life that most of us lose in adulthood, especially around Christmas time. She got so excited about giving gifts that the time for gift opening got moved up each year because she simply couldn't wait.
Debbie had many great challenges in life, and she faced them head on, and with determination and courage. She was an inspiration to many people for the obstacles she overcame.
Debbie played alongside Fred in the Ottumwa Symphony for many years as the two-piece clarinet section of the ensemble. She also taught private clarinet lessons to many high school students over the years. Debbie had many jobs in Ottumwa in the 80's to 2000's, most recently working at North Side Hy-Vee. She loved to garden, and even became a Master Gardener through the Iowa State program. Debbie loved every single dog she ever had (most recently, Lilly the golden doodle), and she loved everyone else's dog, too. She also had a great love of candy, going so far as to write a fan letter to the company who makes Necco wafers back in 2002. Surprisingly, she was not diabetic!
Sitting around the table laughing and playing games with her friends was a great joy for Debbie. She also became quite close with her friend Jeanette and their bible study group. This was one of the hardest things for Debbie to leave behind when she moved away from Ottumwa.
Debbie was diagnosed with pulmonary fibrosis in early 2017, and was admitted to hospice later that same year. She moved from Ottumwa to Charlotte to be closer to her daughter during this time. Though she painfully missed her friends back in Iowa, she went onto make new friends in her assisted living facility, as she simply loved the company of others.
Debbie was preceded in death by her parents, her daughter, Allison, and her husband, Fred. She is survived by her daughter, Amy Gunderson (Kirk) of Charlotte, NC, her sister, Cheryl Tannas of Detroit, MI, and her many good friends who were always in her heart.
Funeral services will be 10 a.m. Wednesday, January 30, 2019 at Reece Funeral Home with Pastor Mel Kendall officiating. Burial will be in Memorial Lawn Cemetery.
The family will be present from 5 p.m. to 7 p.m. Tuesday, January 29, to greet friends.
In lieu of flowers memorials may be made to Hospice Serving Davis and Wapello Counties.
Published on January 23, 2019
To plant a tree in memory of Debbie Young, please visit Tribute Store.

Plant a tree in memory
of Debbie

A place to share condolences and memories.
The guestbook expires on April 23, 2019.