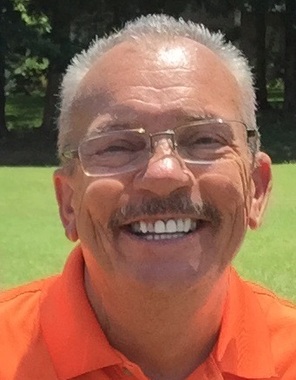 Back to Douglas "Doug"'s story

Mr. Douglas Richard "Doug" Hall age 69, of Hendersonville, TN, went to Heaven on Monday, December 9, 2019.
Mr. Hall was born in Milton, IA, on February 7, 1950, the son of the late Lowell Hall and Opal Bullock Hall. He owned and operated Animal Pros. Mr. Hall attended Long Hollow Baptist Church for the last eight years. He enjoyed Talk Radio, collecting guns, hunting, deep sea fishing, playing golf, and the casino. Also, he enjoyed watching Iowa Hawkeye Football and the Tennessee Titans. He will be remembered most for loving his family, adoring his grandchildren, his contagious smile, being humble and kind toward everyone. In addition to his parents, Mr. Hall was preceded in death by his brother, DeWayne Hall.
Survivors include the love of his life, Ramona Wellborn Hall, to whom he was married on May 20, 1972; three sons, Ryan (Amber) Hall, Aaron (Ashlee) Hall, and Jordan (Taylor) Hall; four grandchildren, Heidi, Chloe, Baylee, and Luke Hall; two sisters, Mary Lee (Frank) Cole and Charlotte (James) Hougland; sister-in-law, Mary Lou Hall; and a special dog, Maxie. Several nieces and nephews also survive.
A Celebration of Life will be held Friday, December 13, 2019, at 1:00 P.M., Hendersonville Funeral Home. Entombment will follow in the Hendersonville Memory Gardens Chapel of Memories Mausoleum.
Gathering of Family & Friends will be held Friday from 11:00 A.M. until the funeral hour at Hendersonville Funeral Home.
Visit the online obituary www.hendersonvillefh.com to post tributes and share memories.
Published on December 11, 2019
To plant a tree in memory of Douglas "Doug" Richard Hall, please visit Tribute Store.

Plant a tree in memory
of Douglas "Doug"

A place to share condolences and memories.
The guestbook expires on March 10, 2020.