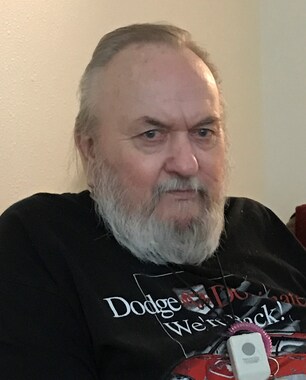 Back to Gene's story

Harold Eugene Long Jr., 74, of Cemetery Rd. died at 7:57 a.m. February 9, 2019 at Good Samaritan Society - Ottumwa.
He was born October 14, 1944 in Ottumwa to Harold Eugene and Thelma Brown Long Sr. He married Judith E. Welsh July 15, 1987 and she preceded him in death April 21, 2012.
Gene was a truck driver, transporting livestock and had driven for American Freight.
Surviving is a son, Tony (Lesa) Long of Ottumwa; two daughters, Sara (Rodney) Leftwich of Council Bluffs and Andrea Long; 5 grandchildren; 4 great-grandchildren; 2 sisters, Joann Ruby and Ruth Long, both of Ottumwa; and a brother, Donnie (Terri) Long of Ottumwa.
He was preceded in death by a daughter, Mary Christine McCarty; a brother, Alan Long; and a sister, Alice Smith.
Funeral services will be 10 a.m. Wednesday at Reece Funeral Home with Pastor Harold Baker officiating. Cremation will follow the service. Inurnment will be in Chisman Cemetery at a later date.
The family will be present at the funeral home one hour prior to the service to greet friends.
In lieu of flowers, memorials may be made to On With Life in Ankeny.
Published on February 11, 2019
To plant a tree in memory of Gene Long, please visit Tribute Store.

Plant a tree in memory
of Gene

A place to share condolences and memories.
The guestbook expires on May 12, 2019.