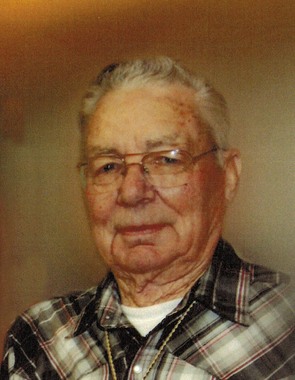 Back to Harold's story

Harold Schrader, 89, of Ollie died Wednesday, January 1, 2020, under hospice care at the Keokuk County Hospital in Sigourney. He was born March 18, 1930, in Knoxville, Iowa, the son of Robert and Myrtle Kingery Schrader. He attended school in Knoxville. Following school, Harold went to work at the coal mines in Marion County. He had a knack with animals, so he was a natural when it came to handling the mules in the mining operation. On October 16, 1951, he entered the United States Army and served in Italy during the Korean War. He was honorably discharged from the Army on October 8, 1953. He was united in marriage to Karolyn Davis in Sigourney, Iowa on October 27, 1955. To this union three children were born, Randy, Scott, and Kitty. Following their marriage Harold took a job with the Ollie School district as a bus mechanic. In 1961, the Pekin School District was formed, and Harold became the first employee of the district, as their mechanic. After many years with the Pekin School District, Harold was offered a job at the UPS Depot in Ottumwa. He enjoyed 23 years of employment there and retired from his position of head mechanic in 1992. While employed at UPS Harold was active in the Union (Teamsters L710), he served as a Union Steward for many years. Harold believed in fairness and equality in the workplace, he was always willing to take the proper channels to discuss workplace issues and pursue justice through the chain of command until there was resolve. In retirement his focus shifted to the care of his wife Karolyn, for many years drove her to dr. appointments and dialysis. He also helped his son Scott on the farm operating the combine and driving semi-truck. Karolyn died on October 19, 2013, after over 58 years of marriage. Harold was a member of the American Legion, Union, and the Ollie Volunteer Fire Department. He had a servant heart and would look for opportunities to help those around him. Harold always enjoyed family and friends stopping by to discuss the issues of the world, he especially looked forward to Larry Webber stopping every Sunday to catch up on the news of the week over Larry's expertly made coffee. He delighted in spending time with his family.
His family includes his three children, Randy (Denise) Schrader of St. Joseph, Missouri, Scott Schrader of Ollie, and Kitty (George) Snakenberg of Ollie; four grandchildren, Memorea, Mike, Brandin (Sarah), and Schuyler (Angela); eleven great grandchildren, Jacob, Jonah, Wyatt, Paisley, Maverick, Hudson, Gideon, Stetson, Augustus, Esther, and Vaughn; a sister, Oleta Roland of Harvey; a brother in law, Junior (Carol) Davis of Fairfield; and many nieces, nephews, and friends.
In addition to his wife, Karolyn; Harold was preceded in death by a granddaughter, Whitney Snakenberg; his parents; and a brother, Thomas Schrader.
A celebration of life will be held Saturday, January 11, 2020, at 10:30 a.m. in the Prairie View United Methodist Church near Ollie with Pastor Steve Lamb officiating. As was Harold's wish his body has been cremated. Burial of the urn will be in the Ollie Cemetery. Graveside Military Honors will be given by members of the American Legion and V.F.W. The Fremont Funeral Chapel is in charge of the arrangements. The family will be at the Prairie View United Methodist Church from 9 until service time at 10:30 Saturday morning to greet friends and relatives. Memorials may be made to Keokuk County Hospice Foundation or Ollie Volunteer Fire Department.
Published on January 8, 2020
To send flowers to the family of Harold Schrader, please visit Tribute Store.

Send flowers
in memory of Harold

A place to share condolences and memories.
The guestbook expires on April 07, 2020.

Irene Winn Meyer
I am so very sorry for your loss. Harold was always such a nice, hard-working man with a great sense of humor! Praying for all of you.
Lyndell Sheets
Losing a loved one is so hard! Uncle Harold was a very special man and loved by many. I am so sorry he’s gone .
My very special memory , After Jack died I bought a double wide mobile home. My water pump was in the garage so a waterline needed to be dug. I decided to dig it myself, and all went well, until I hit that hard . Not wanting to give up, I started jumping on the shovel. I was just ready to give up, but who walked around the corner, yup u guessed it Uncle Harold and finished it . What an awesome guy. He will be missed.
View all