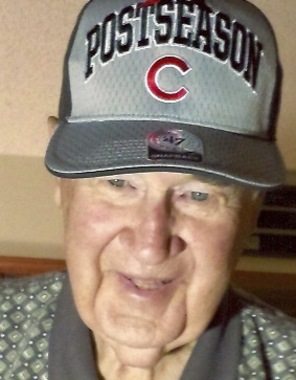 Back to Harold's story

Raised in Southeast Iowa his formative years were spent farming near Burlington, Iowa during the Great Depression and included moving when the government took possession of their farm to build an ammunition plant just prior to World War II. Following graduation from New London High School he enlisted in the Army in May 1945 after attempting to enter Naval flight training. His initial training for the Pacific campaign was conducted at Camp Fallon near Tyler, Texas. With the conclusion of the war he was shipped via troop transport to Europe where he joined General Patton's Third Army. A member of the Signal Corps he was stationed near Heidelberg, Germany as part of the post war occupation force. Returning stateside he worked various odd jobs before taking advantage of the GI Bill and attending Iowa Wesleyan College where he obtained a teaching degree. He obtained a Master's Degree from Northeast Missouri State Teacher's College in 1960. His first teaching position was in 1951 in Agency, Iowa. He would continue teaching in Agency and Cardinal Community School District until his retirement in 1987. During that time, he influenced the lives of hundreds of students both in the classroom and on athletic fields. He primarily taught history, but also delved into the sciences and industrial arts. He coached basketball, baseball, softball, and football, but his greatest endeavors were in girls track and field. His teams won numerous meet and conference titles and sent many individuals to the state meet. He also took select teams from Iowa to National track and field events around the country. He was inducted to the Iowa Association of Track Coaches Hall of Fame in 1978, recognized as Track and Field National High School Coach of the year in 1987 and was inducted into the National High School Coaches Hall of Fame in 2008. These honors were not achieved through trophies or titles, but due to his overall contributions to the growth of track and field and the coaches/athletes he mentored. In 1990 he moved to Bella Vista, Arkansas where he enjoyed working in his yard, doing crime watch, watching high school football games and minor league baseball, attending civil war re-enactments and 15 years as a volunteer at Pea Ridge National Military Park. He moved to San Antonio, Texas in 2017 to spend his final years with his son and daughter-in-law. He enjoyed the weather (most of the time) and could be seen walking the neighborhood, with his walker, almost every day or sitting in the front or back yard swing. He was a member of Agency United Methodist Church and Highlands United Methodist Church, the Bella Vista Historical Society, American Legion, Veterans of Foreign Wars, Chief Wapello Memorial Association and the Razorback Booster Club of Northwest Arkansas.

He was preceded in death by his parents, Harry and Esther Sharp, a brother, Raymond Sharp of Santa Maria, California, a sister, Eleanor Kennedy of Bourbonnais, Illinois, and a grandson, Anthony Sharp of Sherwood, Arkansas.

Send flowers
in memory of Harold

A place to share condolences and memories.
The guestbook expires on May 05, 2020.

Keith White
I remember Mr. Sharp very well, as a teacher, coach, neighbor and father of one of my best friends in high school. He touched a lot of lives at Cardinal and was always a positive influence on all those around him. He's probably already at work helping out someone in heaven!
Brandie Norris Liles
I really enjoyed having Mr. Sharp as my track coach. He was very encouraging and told me to never give up.
Rex Nichols
One of the best teachers I had at Cardinal High.
Joye Lore-Lawson
Very sorry to learn of Sharpie's passing. He was my next-door teaching buddy back in the day, beloved and respected by all who knew him, a true representative of America's Greatest Generation.
Bob Fligg
Mr. Sharp was a great mentor and life coach for all the students he taught & coached. His teams made Cardinal athletics a well known name in the state of Iowa.
Shelby Dye Fisher
Mr. Sharp was a favorite teacher because he made learning fun. There was always a challenge for everyone to be their best. He is probably at the root of my patriotism since he seemed to be the one teacher who emphasized the importance of holding government officials accountable - that not everything you may hear is actually true. Enjoy your rest, Mr. Sharp -
Linda (Lindy) Harmon Good
I received my last Christmas greeting from Coach Sharp in December of 2019. He had been sending me a greetings each year after I sent him a congratulatory note on one of his achievements. A card to the family will follow. Lindy
Roberta Birdie Clow Glenn
Mr Sharp was one my my favorite teachers at Cardinal. He made learning about history so much more interesting. He took students to Old Threshers Reunion for field trips, and he acted “depressed” during The Great Depression study. He was the cutest man in all ways. The world has lost a kind soul. May God welcome him. Condolences and prayers to the entire family.
Gary & Jane Johnson
I began teaching and coaching at Cardinal High School in 1974. Harold became true mentor to me. If I had a question on anything he was a person I could go to for advance. He was a great friend with an abundance of knowledge. I thank him for that.
Berna Cooper
Mr. Sharp was one of the greatest teachers ever. He was an amazing man and led an amazing life. A lot I didn't know about until reading his obit.
God Bless you Mr. Sharp..truly one of the best! Rest easy....
May your family be comforted by all the memories and achievements that you leave as a legacy...
Kay Davis
Me Sharp was a true gentleman and wonderful teacher.
View all