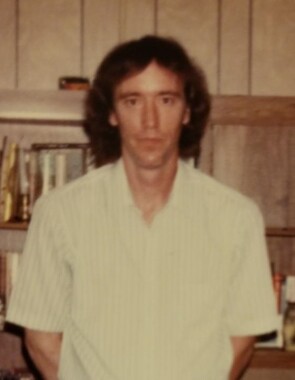 Back to James "Jim"'s story

James "Jim" Bedford, 59, of Eldon, IA passed away Sunday, February 10, 2019 at his home. As were Jim's wishes his body has been cremated. A celebration of Jim's life will be held Saturday, February 23, 2019 at the Eldon KD Center from noon until 2:00 p.m. The family strongly request that in lieu of flowers, memorial contributions in Jim's honor be directed to the Noah's Ark Animal Foundation or the American Cancer Society. Friends may sign the online guestbook at www.cranstonfamilyfuneralhome.com.
James "Jim" Willard Bedford was born February 24, 1959 in Ottumwa, IA to Jim and Martha Thomas Bedford. He attended school in Eldon, graduating with the Cardinal High School Class of 1977. Jim was raised understanding the value of hard work. He began working right out of high school and continued until his health no longer allowed. On August 1, 1992 he was united in marriage to Ramona Lynn Troxel in Eldon, IA. Together they became the loving parents to their daughter, Samantha. Jim worked hard to support the family. When he had free time, he enjoyed fishing, being near the river, and hunting for Indian artifacts. Samantha was his whole world, and he treated her friends like they were family as well. He will be fondly remembered for his work ethic and his big heart.
Jim was preceded in death by his wife, Ramona Lynn (Troxel) Bedford (d. 2015); his father, James Hugh Bedford; his maternal and paternal grandparents, as well several aunts and uncles.
Left to share his story is his loving daughter, Samantha Lynn Bedford (Kyle Osborne) of Keosauqua, IA; his mother, Martha Bedford of Eldon, IA; two sisters, Sue (Tony) Cole and Mary Streeby, both of Eldon, IA; one brother, Art Bedford of Eldon, IA; close friend "Brother", Wayne (Tina) Higdon as well as his aunts and uncles, nieces, nephews, extended family and friends.
Published on February 12, 2019
To plant a tree in memory of James "Jim" Willard Bedford, please visit Tribute Store.

Plant a tree in memory
of James "Jim"

A place to share condolences and memories.
The guestbook expires on May 13, 2019.