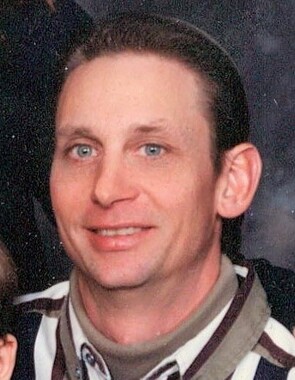 Back to Jeffrey's story

Jeffrey "Jeff" Kyle Reed, age 60, of Albia, passed away on Monday, January 6, 2020, at Mercy Medical Center in Des Moines, Iowa. Jeff was born on July 7, 1959, to David LeRoy and Carrie Ann (Van Loon) Reed, in Monroe County. He grew up and attended school in Albia. On March 24, 1990, Jeff was united in marriage to Tammy Chidester in Albia. To this union, 2 children were born, Zach and David. Jeff and Tammy later divorced. Jeff worked at Reed Construction in Albia for many years before going to work at Hormel in Ottumwa for 7 years. He later owned and operated R & S Sandblasting. Jeff enjoyed watching his children play sports and enjoyed playing baseball himself in his younger years. He was an avid St. Louis Cardinals fan. He loved being outdoors and hunting, as well as traveling and scuba diving. Jeff's true joy in life was spending time with his family and friends, especially his grandchildren. Jeff is survived by his children, Zach (Abbey) Reed and David "Jake" Reed, both of Albia; 2 grandsons, Jaxen and Henry; his mother, Carrie Wise; and his siblings, Dan (Michelle) Reed and Deanna (Sam) Beaird. Jeff is also survived by many aunts, uncles, nieces, nephews, cousins, and good friends. He is preceded in death by his father, David LeRoy Reed. Visitation will be held from 2:00 p.m.-8:00 p.m. on Wednesday, January 8, 2020, at the Tharp Funeral Home in Albia with Jeff's family present from 5:00 p.m.-8:00 p.m. to greet family and friends. Funeral services will be held at 10:30 a.m. on Thursday, January 9, 2020, at the Tharp Funeral Home in Albia with Pastor Lynda Carlson officiating. Burial will follow services at Highland Cemetery in Eddyville, Iowa. An open memorial has been established to the family and will be determined at a later date. Condolences to the family may be left online at www.tharpfh.com.
Published on January 7, 2020
To send flowers to the family of Jeffrey Kyle Reed, please visit Tribute Store.

Send flowers
in memory of Jeffrey

A place to share condolences and memories.
The guestbook expires on April 06, 2020.