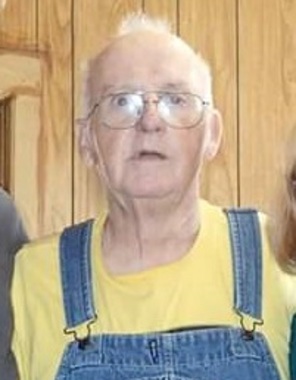 Back to Jessie's story

Jessie Wayne Clemmons, 76, of Drakesville, Iowa passed away on December 12, 2019 at his home after a short illness. He was born on September 25, 1943, in Florence, Alabama to Willie Homer and Jessie Williams Clemmons. He moved to Illinois in 1965, where he met and married Linda Lou Eklund on April 29, 1967, at the First Lutheran Church in Fairfield, Iowa. Jessie had three children, Regina Lynn Clemmons (deceased), Cynthia Lou Clemmons (Shane) Kofron, and Daniel Wayne (Heather) Clemmons. In 1975, he moved his family to Libertyville, Iowa where the family lived until 1988, when Linda and Jessie divorced. In 1992, Jessie met Karen Schafer and moved to Drakesville where he lived out the rest of his life with Karen.

Jessie worked for Midas Muffler in Moline, Illinois, Dexter in Fairfield, Iowa, and Excel in Ottumwa, Iowa until he was put on disability after suffering a stroke in 1998.

In the late 60's and early 70's, Jessie was part of the pit crew for figure 8 races in Moline. He loved camping, playing cards, listening to Bluegrass music and attending music festivals. He was a fixture at the Bloomfield Bluegrass Festival every September. He also enjoyed watching westerns, fishing and going to auctions.

Visitation will begin at noon on Sunday, December 15, 2019 at the Wagler Funeral Home in Bloomfield with family present to greet friends from 2-4:00 p.m. Cremation will follow the visitation. In lieu of flowers, a memorial has been established to the family with plans to purchase a memorial bench in his name to be placed at the Davis County Fairgrounds. Online condolences may be directed to www.waglerfuneralhome.com.
Published on December 13, 2019
To plant a tree in memory of Jessie Wayne Clemmons, please visit Tribute Store.

Plant a tree in memory
of Jessie

A place to share condolences and memories.
The guestbook expires on March 12, 2020.