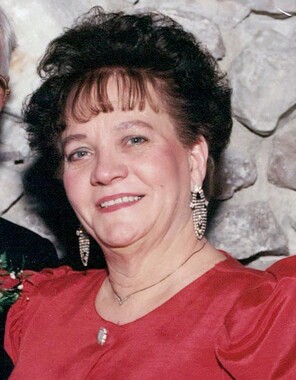 Jo'an Reed, 88, passed away Wednesday, December 4, 2019 at Monroe County Hospital in Albia, Iowa with loved ones by her side. Her passing was just short of Christmas, her favorite holiday. Jo'an was born on November 5, 1931 to Charles and Nellie (McSparen) Cashwell in Montgomery, Alabama. At nine years of age she relocated to Ottumwa, Iowa where she graduated from high school in 1950. Jo'an married Bob Reed on November 3, 1951 in Kirksville, Missouri. They enjoyed 57 years of marriage until Bob's death on February 28, 2009. Jo'an spent many years of her life being a homemaker, a great wife, and a wonderful mother to her four children. "She was always there for us before we left for school in the morning and when we returned home in the afternoon and we all truly appreciated that." Jo'an later enjoyed working at Sandi's Hallmark and Johnson & Johnson in Albia. She also owned a small craft business, "The Country Cupboard" and sold many of her awesome craft projects from her home. Jo'an thoroughly loved to decorate, especially at Christmas for her Canasta Club, of which she was a member for over 60 years. She hosted the Club Ladies every December and they were always excited to see all her Christmas-decorating magic. In earlier years, Jo'an would decorate the fireside room at Trinity United Methodist Church, of which she was a member, for Treats and Treasures for everyone to enjoy. She also decorated and "dressed up" for many events held at the Albia Country Club and participated in the Restoration Days Follies with her best friend, Betty Lawrence. Jo'an is survived by her four children; Jack (Linda) Reed of Ottumwa, Debi Reed of Albia, Rob (Kathy) Reed of Ottumwa, and Robin (Jan) Haselhuhn of Albia. Grandchildren; Scott (Stacey) Reed, Angela Grimes, Bobbi Jo Reed (Aaron Langstraat), Ryan Reed (Abbe Grove), Tyler (Carly) Reed, Lyndon Haselhuhn, Caleb Haselhuhn, and Allyson Haselhuhn (Jacob Scholtus). Great Grandchildren; Tanner, Colby, and Brady Reed, Elizabeth and Zachary Antolik, Parker Myers, Layla, Landon, and Lincoln Reed, Colette, Cael, and Tinsley Reed; and one to be welcomed in March. Sister and Brother-in-law: Peggy (Dennis) Love. Brother-in-laws/Sister-in-laws; Ray (Pat) Reed, Sharon Reed, Terry (Carol) Reed, Randy (Penny) Reed. Jo'an is also survived by many nieces, nephews and other close family members and friends including her dog Tillie Marie. Jo'an was preceded in death by her husband, her parents, her in-laws; Tobe (Signe) and Elsie Reed, Grandson; Jay Allen Reed, Brother-in-laws/Sister-in-laws; Ramon and Nellie Osborn, David Reed, and Ronnie Reed along with her life-long friend Betty Lawrence. Visitation will be held from 2:00 p.m.-8:00 p.m. on Sunday, December 8, 2019, at Tharp Funeral Home in Albia, with Jo'an's family present throughout to greet family and friends. Funeral services will be held at 10:30 a.m., Monday, December 9, 2019, at the Trinity United Methodist Church in Albia, with Pastor Roger Henry officiating. Burial will follow services in Highland Cemetery in Eddyville. A memorial has been established to Save The King/Theatre project in Albia. Condolences may be left for the family at www.tharpfh.com
Published on December 6, 2019
To plant a tree in memory of Jo'an Reed, please visit Tribute Store.

Plant a tree in memory
of Jo'an

A place to share condolences and memories.
The guestbook expires on March 05, 2020.

Our thoughts and prayers are with the family