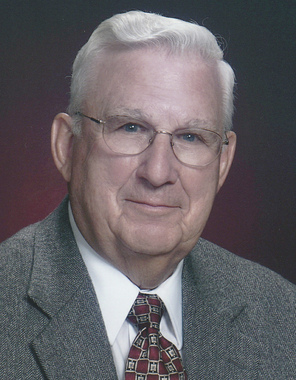 Back to Leland "Lee"'s story

Leland "Lee" Burdette Gookin, age 93 of Fairfield, passed away Sunday, February 17, 2019, at Sunnybrook Assisted Living in Fairfield.
Visitation for family and friends will be 5:00 pm - 7:00 pm, Friday, February 22, 2019, at Behner Funeral Home.
Funeral service will be 10:30 am, Saturday, February 23, 2019, at the First Baptist Church with Pastor John Kermott officiating. Following the service there will be a luncheon at the church. After the luncheon, burial will be at the Chariton Cemetery, Chariton, IA.
Memorials may be made to Forest Lake Baptist Camp, Fairfield Arts & Convention Center, or Compassus Hospice & Palliative Care of Washington. Cards and memorials may be mailed in c/o Myron Gookin, 1107 Kodi Circle, Fairfield, Iowa 52556.
Lee was born April 6, 1925, in Fremont, Nebraska, to Lester and Ruth (Mauk) Gookin and grew up on a farm just outside of Chariton, Iowa. On June 6, 1948, he married his high school sweetheart, Eithel Ennice Shore, at the First Baptist Church in Chariton, IA. They celebrated 55 years of marriage before Eithel passed away March 8, 2004.
After Lee and Eithel got married, they moved to Indianola where they lived from 1948-1951. In 1951, they moved to Fairfield, where he worked at Jefferson Motors/ Feslers as the Parts Department Manager from 1951-1991. After retiring, he proudly referred to himself as the "old Ford parts man". Even within a week of his passing, Lee would prove his sharp mental skills by rattling off parts numbers for practically any Ford part he sold in his years as department manager. During his retirement years, Lee worked part-time for 21 years at Behner Funeral Home, assisting with funerals and visitations.
Lee was a gentle and patient man with a twinkle in his eye and a great sense of humor. He was a man of great faith, serving as a member of the First Baptist Church for 66 years and on many church boards and committees. He was a long-time member of Kiwanis and served as president. He also served as president of the Southeast Iowa Parts Managers Association. In retirement, he was active on the Senior Center board of directors and enjoyed being a regular at the Howard Johnson Coffee Club. He and Eithel were also members of the Weekenders Camping Club and enjoyed camping trips throughout Iowa during their retirement. After Eithel's death, Lee enjoyed playing cards with his good friends Harold Munson, Fern Crafton and Marilyn "Twink" Ball.
Lee's first love was his family. His second love was cars. He enjoyed showing his spotless1957 Mercury Monterey at car shows. He also enjoyed attending Barrett-Jackson auto shows and auctions with his car-loving brother, Ken, in Arizona.
A couple of Lee's favorite sayings were, "Life is short, but I never gave up; I just ran out of time," and, "If you don't love, you haven't lived."
Lee will be missed by his two children, Denise (Don) Nelson of Tulsa, OK and Myron (Ann) Gookin of Fairfield, IA; 6 grandchildren, Meridith Nelson of Normal, IL, Hillary (Waco) Bassham of Tulsa, OK, Brent (Sara) Nelson of Colorado Springs, CO, Amy Gookin of West Des Moines, Alex (Rachel) Gookin of Fairfield, IA, and Michael Gookin of Des Moines, IA; 5 great grandchildren; two siblings, Kenneth (Marjorie) Gookin of Story City; Betty Umbenhower of Chariton, IA; nieces and nephews.
Lee was preceded in death by his parents, Lester and Ruth Gookin; and his wife, Eithel Gookin.
On-line condolences may be made to the family at behnerfh.com.
Published on February 19, 2019
To plant a tree in memory of Leland "Lee" Burdette Gookin, please visit Tribute Store.

Plant a tree in memory
of Leland "Lee"

A place to share condolences and memories.
The guestbook expires on May 20, 2019. 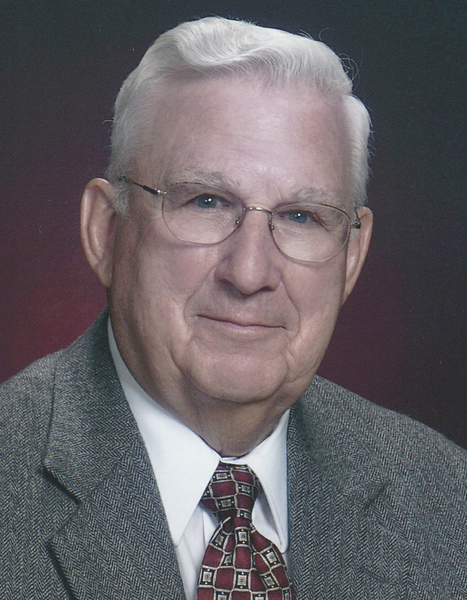