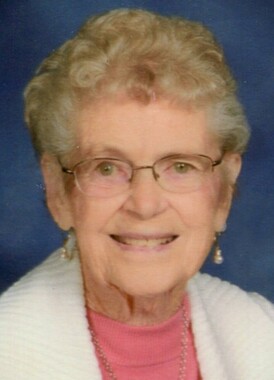 Back to Lucille's story

Lucille Mae Sapp, 93, of Eldon, died at 6:20 a.m. February 8, 2020 at Good Samaritan Society - Ottumwa.
She was born April 21, 1926 in Wapello County to Clyde Henry and Doris Ruth McMickle Carter. She married Robert L. Sapp August 20, 1944 and he preceded her in death March 25, 2002.
A graduate of Eldon High School in 1944, Lucille was a 75-year member of Eldon United Methodist Church where she directed the choir for 25 years. She volunteered for the Ottumwa Regional Health Center Auxiliary and at the American Gothic Center.
Surviving are three sisters, Dorothy Wells of Red Oak, Ruth Ann Downing of Ottumwa, and Patty (Denny) Durflinger of Eldon; a brother, Bill (Martha) Carter of Burlington, CO; along with many nieces and nephews.
She was preceded in death by her parents; three sisters, Betty Shumaker, Rosemary Carter, and Martha Marker; two brothers, Fred Carter and Clifford Carter.
Funeral services will be 11 a.m. Tuesday at Eldon United Methodist Church with Pastor Kelly Peavey officiating. Burial will be in Eldon Cemetery.
Visitation will be open after 2 p.m. Monday at Reece Funeral Home with the family present at the church one hour prior to the service on Tuesday.
In lieu of flowers, memorials may be made to Eldon United Methodist Church.
Published on February 10, 2020
To send flowers to the family of Lucille Sapp, please visit Tribute Store.

Send flowers
in memory of Lucille

A place to share condolences and memories.
The guestbook expires on May 10, 2020.

Donna Jeffrey
I met Lucille when I was a young woman working at the Art Hall at the Wapello County Fair. She was such a kind person and made me feel comfortable at my job there. And over the years she always had a beautiful smile and a warm hello whenever we ran into each other.
I always looked forward to seeing her at the meals at the Eldon Methodist Church. She was the perfect person to have as a greeter at the meals. I want to say thank you to Lucille for volunteering at the American Gothic House Center. A lifelong resident of Eldon, she will be missed.
Leslie (Kent) Dennis
Lucille was my Sunday school teacher while I lived with my grandparents John and Vera Lippincott. Nothing but good memories. Condolences to the family.
Mary Jo Fowler
Lucille was one of the most important people in my life, and I admired her so...her beauty, her perfect singing voice, and her giving personality who helped so many, old and young. She and my mother were very close, as they accompanied singing at the church for many years. Lucille was also a family friend. I think of her all the time, and I wish for her eternal rest among all her friends and family members, including mine. Terry and I absolutely adored her, and so did all the other kids. What a smile!
Marilyn Crist Umphrey
I first met Lucille when I was a young girl, a member of Rainbow for Girls at Eldon, and Lucille was our Rainbow Mother. She could sing so beautifully and was really like a mother to us all. In later years, she always remembered us wherever we met. She was a blessing to many, many people over the years.
Kerry ostrander
I was shocked to hear of your loss. Please know how very sorry I am. Lucille was an excellent singer and choir director . She sang at my fathers funeral. She will be greatly missed😢
Kathy Allman
She was a Angel on earth. We volunteered together a few times together at the American Gothic center, I met her again working at the hospital while she devoted all her energy to helping Bob, and at our home church. I will miss you Lucille. Prayers to her wonderful family too.
Judy McConnell Goff
Lucille was a fixture at our Rainbow meetings. She was always there for our activities. Kidnap breakfasts, installations, initiations and schools of instruction on Saturday mornings. Her patience with us must have been endless.
Rose Morrison
Lucille was a very special person in my life. She helped me learn the lessons in OES. Then sheand Allen and I volunteered at the American Gothic visitors center every Saturday afternoon as long as she was able. A loving person and true friend.
View all