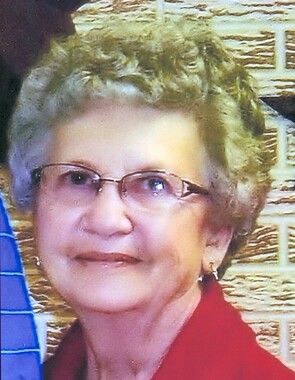 Back to Marilyn's story

Marilyn VandenBerg, age 86, of Albia, passed away on Tuesday, January 7, 2020, at the Monroe Care Center in Albia. Marilyn was born on August 10, 1933, at home in Marion County, IA, to Everette and Madge (Wilson) Sterling. Her family moved to Lovilia in August of 1935 and Marilyn remained in Monroe County the remainder of her life. She attended Lemon country school west of Lovilia and later graduated from the Lovilia High School with the class of 1951. On February 7, 1953, she married Gerald "Jud" VandenBerg in Knoxville, IA. To this union, 4 children were born, Darla, Kenny, Russ, and Jaxine. Marilyn and Jud shared 29 years of marriage prior to his passing on December 20, 1982. Together, Marilyn and Jud owned and operated Vans Kennel where they sold dogs of all breeds nationwide. In one of their best years, they sold 5,200 dogs. Later Marilyn worked as a teacher's aide in Special Education at Grant Elementary School before working at Ragtime in Albia as an aide. She also worked at Cindy's Beauty Hut in Albia. Marilyn enjoyed being outdoors, taking walks, and going for rides. She always looked forward to and cherished her Friday night date nights with her husband. She was very talented and enjoyed making quilts and embroidering, as well as writing and journaling. She enjoyed attending the County Fair with her grandchildren. Marilyn loved the holidays and enjoyed decorating for Christmas. She was a devout woman of faith who was baptized as a child at the United Brethren Church in Lovilia by Reverend Smith and later was a Charter member of Trinity United Methodist Church in Albia where she had been attending since 1969. Marilyn is survived by 4 children, Darla (Al) Safford of West Palm Beach, FL, Kenny (Peggy) VandenBerg and Russ (Becky) VandenBerg, both of Albia, and Jaxine "Jackie" (Phil) Bauer of Knoxville; 9 grandchildren, Josh Gutcher, Stephanie Gutcher, Stephanie (Bob) Coughlin, Vanessa (Jason) Szlachetka, Joe (Carmel) VandenBerg, Chelsey (Kenny) Gibson, Mikayla (Will) James, Gerritt (Jordyn) Davis and Trent Davis; 12 great grandchildren; a brother, Richard Sterling of Knoxville; a sister-in-law, Bev Sterling of Knoxville; and a brother-in-law and sister-in-law, Bill and Betty Weldon of Lovilia. Marilyn is also survived by several nieces, nephews, cousins, and good friends, including a special friend and roommate at Monroe Care Center, Judy Lahart.
She was preceded in death by her husband, Jud VandenBerg; her parents, Everette and Madge Sterling; a granddaughter, Sarah Gutcher; and siblings, Glenn Sterling, Karen Courtney, and Jack Sterling. Visitation will be held from 11:00 a.m.-7:00 p.m. on Sunday, January 12, 2020, at the Tharp Funeral Home in Albia, with Marilyn's family present from 4:00 p.m.-7:00 p.m. to greet family and friends. Funeral services will be held at 10:30 a.m. on Monday, January 13, 2020, at the Trinity United Methodist Church in Albia, with Pastor Roger Henry and Pastor Lynda Carlson co-officiating. Burial will follow services in Oak View Cemetery in Albia. A memorial has been established to the Trinity United Methodist Church in Albia. Condolences to the family may be left online at www.tharpfh.com.
Published on January 7, 2020
To send flowers to the family of Marilyn VandenBerg, please visit Tribute Store.

Send flowers
in memory of Marilyn

A place to share condolences and memories.
The guestbook expires on April 06, 2020.