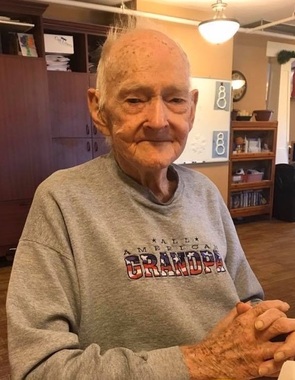 Back to Merle's story

Merle Arthur Richardson, 96, of Bloomfield, Iowa passed away on February 21, 2020 at the Bloomfield Care Center. He was born May 4, 1923 in Rutland, Iowa to Major and Hazel Law Richardson. In 1929, the family moved to Troy, Iowa where Merle would attend school until graduation in 1941. He served in the Navy during WWII and was discharged in 1946. On November 16, 1946 he married Lucille Manz in Milwaukee, Wisconsin. Lucille passed away on May 8, 2013.

Merle and Lucille lived in Milwaukee for three years after marriage before moving to Troy. Merle worked for Hull's Hardware in Pulaski before being hired on at Barker in Keosauqua in 1953. He worked for Barker for 32 years, retiring in 1985. Merle and Lucille were charter members of the Good Shepherd Lutheran Church in Bloomfield.

He was preceded in death by his parents; wife; son, Ben Richardson; daughter-in-law, Sheryl Elarton Richardson; and six siblings.

Graveside services will be at 1:00 p.m. on Monday, February 24, 2020 at the Troy Cemetery in Troy, Iowa with Pastor Janelle Osbeck officiating. Military rites will be performed by Reed-Whisler Post #78 of the American Legion. Visitation will begin at 1:00 p.m. on Sunday with the family present to greet friends from 3-5:00 p.m. at the Wagler Funeral Home in Bloomfield. A memorial has been established to the Salvation Army. Online condolences may be directed to www.waglerfuneralhome.com.
Published on February 21, 2020
To plant a tree in memory of Merle Arthur Richardson, please visit Tribute Store.

Plant a tree in memory
of Merle

A place to share condolences and memories.
The guestbook expires on May 21, 2020. 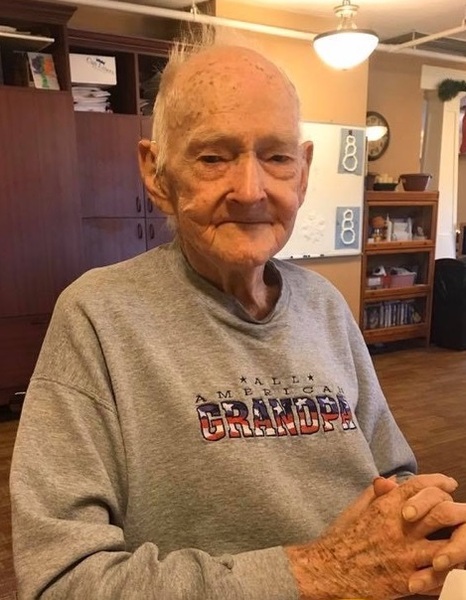