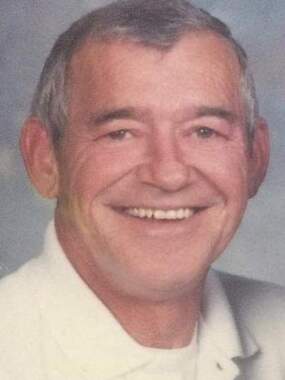 Back to Michael's story

Michael Joseph Ruby, age 78, of Blakesburg passed away on Wednesday, November 13, 2019 under the care of Hospice Serving Davis and Wapello Counties. He was born on the family farm house in Wapello County on July 20, 1941 to Lota and Mary (Jones) Ruby.
Michael married Beverly Dalton on March 3, 1970 in Kirksville, Mo, and they were blessed with six children: Tina, Tonya, Tammy, Michelle, Melody, and Michael. He worked at John Deere in Ottumwa for thirty years, and he also farmed. He enjoyed Hunting, camping, and rides on his Gold Wing motorcycle with Beverly.
He is survived by is wife, Beverly of Blakesburg; daughters, Tina (Bruce) Cunningham of Council Bluffs, Tonya (Tim) Simonsen of Ottumwa, Tammy (Jamie) Snyder of Blakesburg, Michelle (Rodney) Hutchins of Dover, Delaware, Melody Ruby of Floris; son, Michael Ruby of Blakesburg, twelve grandchildren, and fourteen great grandchildren. He was preceded in death by his parents, Lota and Mary Ruby, five brothers, and three sisters.
Mike's body has been cremated per his wishes. A Celebration of Life will be held at a later date. Memorials may be directed to Hospice Serving Davis and Wapello Counties or to the Blakesburg Public Library. Online condolences may be left for the family at sinnottfuneralhome.com Arrangements are entrusted with Sinnott Funeral Homes.
Published on November 15, 2019
To plant a tree in memory of Michael Ruby, please visit Tribute Store.

Plant a tree in memory
of Michael

A place to share condolences and memories.
The guestbook expires on February 13, 2020.

John & Diane Collins
We're very sorry to hear about Mike! He was a good friend in the past.
We thought about stopping by the last month or two, as we hadn't seen or heard from Mike for quite some time.
View all