Back to Mike's story

Michael Ernest Gee, 82, of Ottumwa, died December 6, 2019 at Northern Mahaska Specialty Care in Oskaloosa.
He was born December 5, 1937 in Ottumwa to Ernest Fielding and Helen Ruth Silverthorn Gee. He married Sharon Sue Carroll on August 24, 1958 and after 36 years of marriage and 5 children, they later divorced. He married Janice Morrison on February 7, 2003 and she preceded him in death on October 9, 2010.
A resident of Ottumwa all of his life, except for 5 years in Davis County, he served with the U.S. Marine Corps Reserves for 4 years and with the Iowa Army National Guard from 1955 to 1984. In 1990 he was recalled back to duty to help support troops during Operation Desert Storm.
Michael worked 31 years for Purina and 16 years for Norris Asphalt & Paving.
He was a member of B.P.O.Elks Lodge #347, Fraternal Order of Eagles Aerie #114, O.B. Nelson Post #3 American Legion, Walter B. Schafer Post #775 Veterans of Foreign Wars and Izaak Walton League. Michael enjoyed wood working, fishing, golfing, dancing and playing cards with friends.
Surviving are his children, Michael (Laurie) Gee of Denison, Darrell Gee of Ottumwa, Lisa (David) Cassmann of Algona; Mark (Nancy) Gee of Centerville, and Cindy (Dane) Patton of New Sharon; 11 grandchildren; 8 great-grandchildren; a sister, Shirley Jean Feltz of Ottumwa; and nieces and nephews.
He was preceded in death by his parents; a brother, Chester "Buddy" Gee and a nephew, Vernon Wilson.
Funeral services will be 10 a.m. Wednesday at Reece Funeral Home with Pastor Gene Carroll officiating. Military services will be conducted by Walter B. Schafer Post #775 Veterans of Foreign Wars and O.B. Nelson Post #3 American Legion. Cremation will follow the services.
Visitation begins at 11 a.m. Tuesday with the family present from 6 to 8 p.m.
In lieu of flowers, memorials may be made to the Alzheimer's Association.
Published on December 9, 2019
To plant a tree in memory of Mike Gee, please visit Tribute Store. Plant a tree in memory
of Mike

Jim P. Cruchelow Sr.
RIP Mike. I will always remember you and the friendship we had in High School and after. 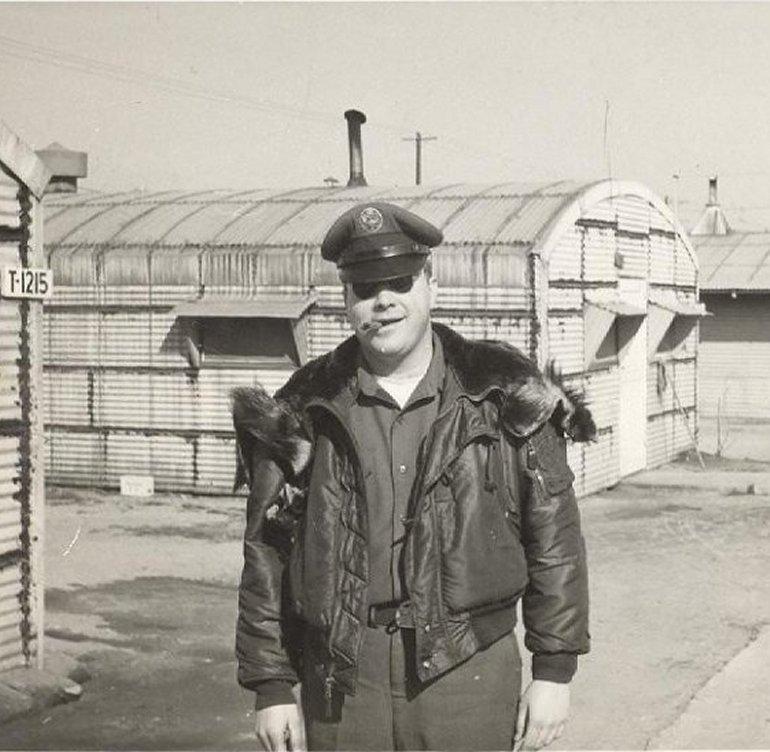