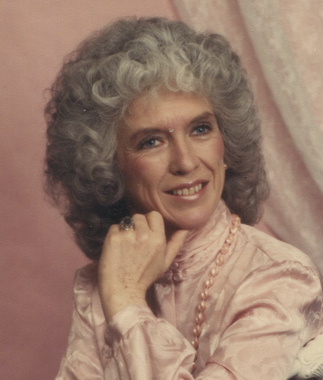 Back to Rosemary's story

Rosemary Irene Gray Haskell of Ottumwa, Iowa went to be with the Lord on January 5, 2020 at her home.
Rosemary was born on April 15, 1944 to Fred and Marjorie Estlack Gray on a farm in Monroe County, Iowa.
Rosemary married Clifford D. McFarland in 1963 at North Court Baptist Church in Ottumwa. To this marriage three children were born. In 1992 she married Elmer Haskell in Centerville, Iowa, divorcing in 2016.
She attended Blakesburg High School and graduated from Ottumwa High School in 1963.
At one time she was a Girl Scout Leader in Centerville, and was a member of the Red Hat Society in which she had her chapter for 16 years in the Centerville/Albia, Iowa area. She and her members enjoyed dressing up in Red Hat things, attending many events, traveling, eating out, a cruise and of course, the yearly conventions in Iowa and other states. She was also a member of the Blakesburg Garden Club. Other things she liked were enjoying her grandchildren and great-grandchildren, wearing her hats, gardening, auctions, movies, yard work and her flowers, singing in church, and of course traveling.
Rosemary was a member of the Solid Rock Church of God in Centerville. She loved to sing at church and attend her Tuesday/Wednesday Bible Studies. Rosemary loved to do mission work in Chimbote, Peru. She made clothing for the children and many other items for them each year. She loved going to Peru as she would always call them "her kids." What amazed her the most each time is that the children would look at her and then come up and want to touch her silver- gray hair. Then usually one or two attached themselves to her constantly. She always hated to leave them.
Rosemary is survived by her three children, Shawn (Joni) McFarland of North Liberty, IA, Kecia McFarland of Centerville, Iowa, Travis (Gena) McFarland of East Troy, Wisconsin; 5 grandchildren, Nichole McFarland (Mike Baines), Trent (Jaimie) McFarland, Kaylee McFarland, Conner McFarland, and Kennedy McFarland; 2 great-grandchildren, Aidan Murphy and Hudson Baines; siblings, Geraldine (Robert) Glenn of Branson, MO, Betty (Milton) Ubbink of Grandville, MI, Leland (Evelyn) Gray of Bussey, IA; Mable LaVonne Shirley of Knoxville, IA, Phillip (Janice) Gray of Mountain Home, AR; many nieces, nephews and cousins; and her fiancé Dewane Dommer of Ottumwa.
She was preceded in death by her grand-parents, parents, a sister, Marjorie Lea Anderson; a brother-in-law, John Shirley; a niece, Cynthia Baker; and several aunts and uncles.
Funeral Services will be 1 p.m. Thursday at Reece Funeral Home with Pastor Tony Angran officiating. Burial will be in Mt. Pleasant Cemetery in Monroe County.
Visitation begins at 11 a.m. Wednesday with the family present one hour prior to the service on Thursday.
Memorials may be made to the Solid Rock Church of God in Centerville.
Published on January 6, 2020
To send flowers to the family of Rosemary Haskell, please visit Tribute Store.

Send flowers
in memory of Rosemary

A place to share condolences and memories.
The guestbook expires on April 05, 2020.

Delores Anderson
My condolences to the family. So sorry for your loss.
Cyndi and Michael Mahoney
Our condolences to all of Rosemary's family; especially to the entire Leland and Evelynn Gray family. Our thoughts and prayers are with you.
Patrick and Jodi Ford

Written in the Stars was purchased for the family of Rosemary Haskell by Patrick and Jodi Ford.  Send flowers

Judy and Richard Haskell
Sorry for your loss.God bless you all.
View all