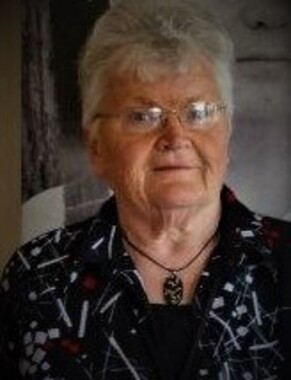 Back to Shirley's story

Shirley Ann Stacey, 75, of Eldon, IA passed away Thursday, May 9, 2019 at the Ottumwa Regional Medical Center. As were her wishes, her body has been cremated. A visitation and time to share stories will be held at the Living Hope Bible Church from 1:00 p.m. until 3:00 p.m. on Tuesday, May 14, 2019. Memorial contributions to help with final expenses may be directed to Cranston Family Funeral Home and mailed to P.O. Box 10, Eldon, IA 52554. Friends may sign the online guestbook at www.cranstonfamilyfuneralhome.com.
Shirley Ann Stacey was born January 28, 1944 in Wapello County, IA to Cleo and Wilma Durham Davis. She grew up in Eldon and graduated from Eldon High School. Shortly after graduation she was united in marriage to Junior Brimmer in Independence, IA. Together they became the parents of four children, Karen, Brian, Kathy, and Kim. Shirley and Junior later divorced but Shirley remained in the Waterloo area. She worked as Head of Housekeeping for several hospitals, eventually retiring from Covenant Hospital in Waterloo. After retirement she returned to Eldon where she became active in the community she loved. She served on the Eldon City Council, G.A.T.E, and spent time as the mayor of Eldon as well as president of the fair board. Shirley remained busy during her retirement with her support of the town, as well as working at the Casey's General Store in Eldon. She will be deeply missed by her family, the town of Eldon, and the many friends that she made along the way.
Shirley was preceded in death by her parents, three sisters, Maxine Liles, Carol Liles, and Jean Brimmer; one brother-in-law, Carl Waller, as well as a son-in-law, Terry Knight.
Left to share her story are her children, Karen Knight of Waterloo, IA, Brian Brimmer of Evansdale, IA, Kathy (Chuck) Corcoran of Waterloo, IA, and Kim (Neil) Ames of Evansdale, IA; three brothers, Raymond (Jane) Davis of Eldon, Gaylord (Barbara) Davis of Eldon, Bob (Marcia) Davis of Dubuque; two sisters, Ethe May Liles of Florida and Bonnie (Emmett) Overturf of Batavia; a brother-in-law, Harold (Emelia Weltch) Liles of Eldon, as well as thirteen grandchildren, sixteen great grandchildren, and many extended family and friends.
Published on May 10, 2019
To plant a tree in memory of Shirley Stacey, please visit Tribute Store.

Plant a tree in memory
of Shirley

A place to share condolences and memories.
The guestbook expires on August 08, 2019.