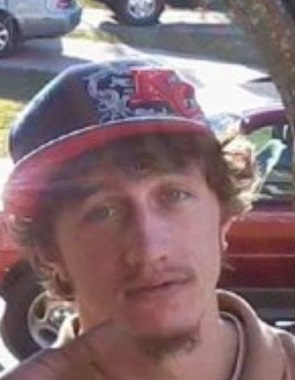 Back to Steven's story

Steven Paul Madrid, 27, of Kingman, AZ, formerly of Ottumwa, Iowa, passed away May 25, 2018. He was born October 24, 1990 to Elizabeth Dimmitt and Manuel Madrid Jr. He attended Ottumwa School District where he played baseball for the National(Cubs), and Babe Ruth(White Sox). He loved music, animals and his family. He was a loyal friend. Steven was survived by his children Cherish and Warren Dimmitt, his mother and stepfather Elizabeth (David) Dimmitt, grandfather David Newman of California, along with several aunts and uncles. He was also survived by his siblings Joleane Dimmitt, Sabrina Vandello, Michael Madrid, Manuel Madrid, Nichole(Miguel) Mendoza, Carl (Makensie) Dimmitt, Ericka Dimmitt, Angela (Brett) Bennett, Adam Dimmitt, Brittany Dimmitt, several nieces, nephews and cousins. He was preceded in death by his son Sebation Issac Madrid, his father Manuel Madrid Jr., his grandparents Manuel and Teresa Madrid Sr., David and Joanna Dimmitt Sr., Barbra Newman, aunts Terry Evans, Debbie Mortsolf, an uncle John S. Gilbert, and a brother David Dimmitt lll. Memorials to be made to advocates of horrendous crimes.
Published on January 27, 2020
To plant a tree in memory of Steven Paul Madrid, please visit Tribute Store.

Plant a tree in memory
of Steven

A place to share condolences and memories.
The guestbook expires on April 26, 2020.

Maria Madrid
See you on the other side, nephew. R. I. P.
Marsha inman
Scotty & I didn't have the pleasure of meeting your young man but he must of been a great kid, after all he was your son! Lizzie i hope they catch the person(s) responsible and they are held accountable. Scotty & i have been thinking a out all of you and sending prayers that you all may somehow finally find some peace.
Keisha Bathurst
Steven was a wonderful person ...not only was he the father of my children but he was also my best friend for a long time... He is greatly missed
View all