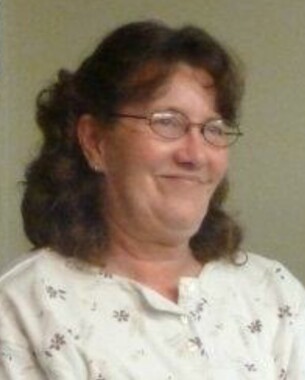 Back to Teresa's story

Teresa Irene Halblom, 60, of Ottumwa, passed away at 7:58 a.m. February 10, 2020 at Ottumwa Regional Health Center.
She was born January 16, 1960 to Max and Marilyn Brooke.
A 1978 graduate of Ottumwa High School, she graduated from Indian Hills Community College; earning degrees in welding and cake decorating.
She married Lindsey Halblom and they had a son, Benjamin. They later divorced.
Teresa had worked at McCurdy Seed Co. until its closing. She then worked for Cargil where she met Mario Mapalo. They share a son, Antonio. She was employed by AmericInn until her retirement.
She was an excellent pool player and enjoyed playing on team leagues. She also enjoyed crafting. She was well known for her baked goods. Teresa's biggest joy was spending time with her grandkids.
Surviving are two sons, Benjamin (Ana) Halblom and Antonio Mapalo both of Ottumwa; three grandchildren, Eiza, Diego and Gabriela; her mother, Marilyn Brooke; a brother, Michael (De) Brooke and a sister, Connie (Joe) McDowell; a niece and two nephews, Abbey (Tim) Miller, J.D. (Heather) Copple and Levi (Raelyn) McDowell.
She was preceded in death by her father, Max Brooke; grandparents, Don and Gertie Fuller and Roy and Mae Brooke.
Her body has been cremated. A time to celebrate her life will be held from 4 to 6 p.m. Monday at Reece Funeral Home.
Memorials may be made to her family for her sons.
Published on February 12, 2020
To send flowers to the family of Teresa Halblom, please visit Tribute Store.

Send flowers
in memory of Teresa

A place to share condolences and memories.
The guestbook expires on May 12, 2020.